The BC SCRAP-IT Program offers British Columbians incentives to scrap their high-polluting vehicles when they purchase a new electric vehicle! To be eligible, you must scrap a vehicle that has been insured within the last six months.

New Chevrolet Volt and Chevrolet Bolt EV vehicles are both eligible for incentives when you participate in the SCRAP-IT Program!

In addition to great deals on electric vehicles, the program also allows participants to claim other incentives such as an electric bike or car share credit.

CEVforBC™ is administered by the New Car Dealers Association of BC and was first announced November 5, 2011. Meant to provide point of sales incentives and adequate charging infrastructure across the province for CEV owners and potential owners, the government originally committed $14.3 Million to develop the marketplace for CEV’s.

On March 23, 2015, from the floor of the 95th Vancouver International Auto Show, former Minister of Mines and Energy, Bill Bennett, made the announcement that the Province of B.C. was renewing the CEVforBC™ program.

With another announcement made on February 3, 2017, the government has committed more than $40 Million to make CEV’s more affordable and accessible to drivers across British Columbia. And on September 24, 2018, the Provincial Government announced an additional $10 Million in funding.

In addition to the point of sales incentive, funding has also been allocated to programs to expand public, residential and workplace charging. Thanks to these investments, B.C. has the largest charging network in Canada with over 1,100 public, Level 2 charging stations and 30 fast-charging stations, with these numbers growing rapidly.

In 2016, new electric vehicle sales totaled 11,000 (a 56 per cent increase from 2015). According to Cleantech Information and Communications Technology company, FleetCarma, both Quebec and B.C. see EV sales representing over 6 per cent of their respectable new vehicle sales.

CEVforBC™ encourages the adoption of new, clean energy vehicles. B.C. residents, businesses, non-profit organizations and local government organizations who purchase or lease qualifying new vehicles, are eligible for up to $3,000 off the final, after-tax vehicle price for qualifying new battery electric, and up to $1,500 for a plug-in hybrid electric vehicle.

The CEV Program will run until March 31, 2020 or until funds are exhausted (whichever comes first).

This incentive is not part of the price negotiation process, the dealership will be required to mark down the final vehicle price by the amount of the incentive that has been approved for each clean energy vehicle. The dealership will then submit an application to NCDA for reimbursement for the total amount of incentives provided to eligible purchasers/lessees.

Effective June 22, 2019, vehicles with a MSRP of over $55,000 shall not be considered eligible for the incentive rebate.

Transportation is the second largest source of greenhouse gas (GHG) emissions in Canada. This accounts for a quarter of Canada’s total GHG emissions and almost half of those emissions come from cars and light trucks. One way that we can reduce the amount of transportation-related GHG emissions is to get more zero-emission vehicles (ZEVs) on the road.

A ZEV is a vehicle that has the potential to produce no tailpipe emissions. They can still have a conventional internal combustion engine, but must also be able to operate without using it.

For example, we consider the following vehicles to be ZEVs:

Effective May 1, 2019, we will provide point of sale incentive for consumers who buy or lease an eligible ZEV.

There are two levels of incentive:

To be eligible for the Incentives for Zero-Emission Vehicles program, you have to purchase or lease:

You will still be eligible for the incentive even if delivery, freight and other fees, such as vehicle colour and add-on accessories, push the actual purchase price over these set limits. 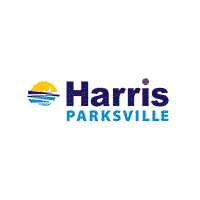